Are you ready for more Disney goodness? We are!

With the success of Beauty and the Beast, Disney fans are surely expecting more.

Disney is not disappointing us, in fact, they are eyeing 19 films to remake in the coming years. Isn’t that awesome? Here’s the list of what to expect if you’re a Disney fan.

Set to be released in November, 2018, the remake of “Mulan” will be mastered by Niki Caro, who, in the history of Disney, is the second woman to direct a film with over a 100 million-dollar budget.

To be directed by Jon Favreau, who is also the man behind The Jungle Book.

After bringing Alice in Wonderland in live action, Tim Burton is set to revamp the classic cartoon, Dumbo.

4. The Sword in the Stone

The remake of The Sword in the Stone is being written now by Bryan Cogman who is also responsible for several episodes of Games of Thrones.

After the fans noticing that Prince Charmings exist a lot in Disney Princesses’ films, it’s now their duty to give him a story of his own.

The famous Genie from Aladdin will now have a prequel!

Guy Ritchie, who is known for his R13 films, will remake Genie’s master, Aladdin.

You will surely love who will portray Cruella De Vil, none other than Emma Stone, who just recently won an Academy award!

Giving it a different perspective, the new live-action adaptation of Winnie The Pooh will focus on Christopher Robin‘s adulthood and his return to the Hundred Acre Wood to visit his childhood.

Awkward! Prior to the announcement of Disney that they are planning a remake of their hit classic, Universal Studios has planned their own live-action adaptation.

Our all-time childhood favorite will get a new live-action version, despite numerous remakes have been already produced.

According to a report, Disney is also planning to create a spin-off about Peter Pan’s companion, Tinker Bell. It is also said that the award-winning Reese Witherspoon will portray the playful fairy.

13. James and the Giant Peach

After the 1996 claymation version of this Roald Dahl book, it is also reported to be getting a remake, as well.

Pinocchio’s franchise is getting longer and longer as Disney is set to produce a live-action adaptation of the film.

Already in the works, The Jungle Book will have a sequel after its box office success.

Who would deny it? Angelina Jolie gave justice to the great villain that is Maleficent. It deserves a second installment.

The most unexpected film to get a remake in the list probably. For those who are not familiar about Chernabog, he is a villain who appeared once in an 11-minute segment of the film Fantasia. The setting would be much similar to Maleficent.

18. Snow White and the Seven Dwarfs

This hit classic will also get a remake with new songs! Can’t wait!

Unexpected, yes. But Disney is also planning to have a spin-off that focuses on Snow White’s sister, Rose Red, who attempted to rescue Snow White after eating the poisoned apple.

Lizzie Mcguire is us for sure after seeing this whole list! 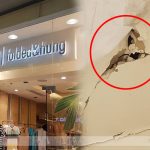