We often think of the stories behind every famous logo. When we buy something, the product’s logo is the first thing we would notice. Some companies do it for aesthetics, but some do it for a deeper meaning.

So, we’ve researched just for you and here’s a list of famous brands and the story behind their logo.

The most luxurious phone, by far, in the world has a fair share of hidden meaning in their logo. It was designed by Rob Yanov. Obviously, you can decode that the steel on the top of the apple exactly fits the little bite mark on the side. The catch here is how Yanov formulated the ‘most expensive’ logo.

In an interview, he said, “I bought a whole bag of apples, placed them in a bowl, and spent time drawing them for a week, trying to break the image down into something simple. Taking a bite out of an apple was part of the experiment, and completely by coincidence I realized that ’bite’ sounded exactly the same as the computer term ’byte’.”

While everyone thought that this car company’s logo was stylized as an ‘H’, the logo actually symbolizes two people shaking hands.

The most mind-blowing by far. I will let the picture speak for itself.

When you look closely through the soda giant’s logo, you can see a Danish flag between the ‘O’ and the ‘L’. Even though Coca-Cola was quick to deny the incident, Denmark still used it as a marketing strategy.

We saw the Adidas logo changed through time, but the classic three stripes have always been their brand. According to the shoe company, it symbolizes a mountain, which represents an obstacle to every sports person.

Their cotton-candy themed logo is hitting the market in the right spots. It’s so enticing that people can’t resist trying. However, if you look close enough, you can form the number ’31’ between the capital “BR”.

It was believed that the number 31 represents the total number of flavors Baskin Robbins used to sell.

A bear! Yes, we can see a bear through the white negative space in the right middle part of the Toblerone logo.

While people are busy pinning posts on the app, we can see an actual pin through the letter ‘P’ on Pinterest’s logo. Mind-blown?

A giant when it comes to earbuds, headsets, and audio equipment, the ‘b’ in Beats’ logo does not only represent the brand’s name, but also a person wearing headphones. Look close enough, though.

The LG logo might appear weird to all of us, but it actually resembles a human face. The company says that it represents ordinary human relations between a customer and a client. 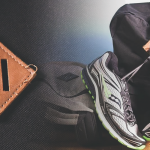 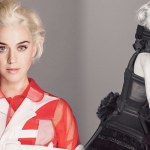