This is a typical story of false prophet spreading false faith in his believers, but what he does is something that’s very disgusting in our eyes.

The 24-year-old ‘prophet’ from Mountzion General Assembly created a buzz online when pictures of him spraying what seemed to be an insect spray circulated on social media.

Lethebo Rabalago, the ‘prophet’ in the pictures was a preacher of a church in Limpopo, South Africa. The pictures were taken during their church service. It was identified that the repellent that he used to spray on his followers’ faces was the Doom Super Multi-Insect Killer.

Brand Tigers, creator of the spray, was quick to release a statement that spraying their product into faces is dangerous. The package has an instruction and the information about the spray.

See, people, this is what fanaticism does to everyone. Beware of these religious ‘prophets’ that are spreading false faith, they know that they have ‘blind’ followers. Keep safe and don’t believe instantly in what people say. 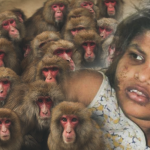 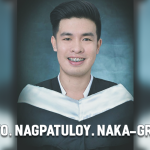