A person’s life is not always a sunny day.

There are also times when a person feels like luck never once passed by his life because of everything they had gone through. They are unfortunate ones who faced a lot of challenges in life and were forced to do whatever way they can just to survive.

On the contrary, such challenges still didn’t become a hindrance for them to reach their goals and soar high, exactly like Christian Jeanoe Lopez Losa. On a Saturday morning, he posted his touching story of how he endured his college life despite of having to borrow money from his acquaintances just to be able to continue his studies.

He started his post with the phrase, “Nangutang, Nakabayad, Nakagraduate.”

Losa shared that he isn’t ashamed of what he had done, even if he was regularly spotted in the registrar’s office and filing for a promissory note. In his four years in college, he was only able to pay in full once. He experienced how it was not to be able to take an exam just because he doesn’t have a penny to pay, and what it feels like to borrow from friends, relatives, classmates and enter in a 5/6 himself.

According to him, his father is the only provider of their family since their mother was gone. Losa and her older sister did all sorts of thing just to survive. They usually borrow money, and they also tried to earn by themselves through a business. Losa sold a wide array of products, as long as they’re trendy and appealing to his market. Even though his father was an OFW in Saudi, they still didn’t live a prosperous life. There was even an instance when a crisis occurred in the foreign country, and resulted to their father’s inability to support them for six months.

Losa even added how hard it was for him back then. His friends would sometimes give him some money just to be able to buy food for himself, and wasn’t allowed to take his exams just because he wasn’t able to pay for his fees. In most universities, there is an existing policy that says, “No permit, no exam,” which made things harder for him. Whenever the exam week is approaching, he would double his efforts and send messages to anyone he knew to borrow money from them. Sometimes when he wasn’t able to make a way to pay for his monthly fees, he would make an initiative to go out of their classroom just so the proctor won’t have to ask where his permit or receipt was.

He also engaged in a buy and sell business. The gadgets he acquired from that method became useful for him as he was able to pawn it whenever he needs an immediate source of cash.

Every time his father sent them money, he uses it as a payment to either the school or to someone he has a debt with. Losa proudly shared that he was able to pay all of them little by little, until finally, he had reached the end.

Losa gave credits and acknowledgement to his family, especially to his father who worked as hard as he could just so he could lay a foot in the stage. He also commended his father for being strong despite being their only provider, who never gave up and never lost hope. His father made a sacrifice of standing firm at work despite of the home sickness he probably had felt through the years. Losa promised his father that since he had finally finished school, he’ll be the one to give back.

He also didn’t forget to express his gratitude the Lord and to those persons who lend him money when he was in need, saying that he’ll forever be in debt to them.

Even though he didn’t graduate with flying colors, Losa was still proud to share his inspiring story of how he managed to survive in spite of financial incapacitation and lack of guidance from his parents. He also included a message to the struggling students telling them not to give up because there’s always a way.

Lastly, he reminded those with debt to never forget to pay for the amount they had borrowed.

Losa’s story is undeniably inspiring. He didn’t let himself be affected by the hardships he had overcome and stood firm despite of it all, which led him to his sweet success. He is the living proof that if a person has a determination with something, he will surely succeed if he will work hard for it. 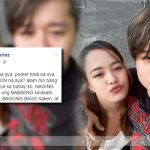 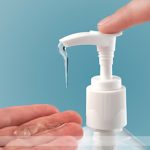