It has long been thought that the Earth has seven continents: Asia, Africa, Australia, Antartica, Europe, North America and South America. But a recent discovery has revealed that there’s a new geologic continent known as “Zealandia”.

Also known as Tasmantis or New Zealand continent, Zealandia is a nearly submerged mass of continental crust that sank before separating from Australia 60 to 85 million years ago. Bruce Luyendyk proposed its name in 1995.

About 94% of its area is underwater with only a few islands and three major landmasses appearing above the surface namely New Zealand’s North and South Island and New Caledonia.

It took scientists more than two decades researching data to put together solid evidence to make the case for Zealandia.

“This is not a sudden discovery, but a gradual realization; as recently as 10 years ago we would not have had the accumulated data or confidence in interpretation to write this paper,” the scientists wrote in paper published in the journal of the Geological Society of America.

Luyendyk beleives that the distinction of Zealandia could have bigger, real-world implications rather than just having an extra name on a list.

“The scientific value of classifying Zealandia as a continent is much more than just an extra name on a list. That a continent can be so submerged yet unfragmented makes it a useful and thought-provoking geodynamic end member in exploring the cohesion and breakup of continental crust.” 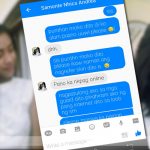 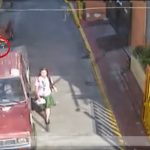