A parent’s love is one of the purest of its kind. They are willing to sacrifice just to be a good provider for their children. Moreover, there are also some who still strives to be a responsible parent despite of all the challenges they may face in their lives.

One of those parents is this man from Koronadal. He is a tricycle driver and a good father for his child.

His story was posted in a Facebook page named OFW Kalingawan. According to the story sender, the passenger was hesitant to ride the vehicle because of the mysterious cover the driver had in his body.

However, the passenger noticed that beneath the cover is the driver’s child, who is still an infant. The fear this passenger had felt was washed away with sympathy for both the father and baby.

The driver was asked where the baby’s mother is, but according to him, she already had left them.

Every day as the man tries to make living, he would bring his child along with him despite the hotness of the weather just to be able to support the needs of the kid.

The people of the internet admired the man’s sense of responsibility despite of being a single father. It is good to know that he is able to manage his work and taking care of his child at the same time surprisingly.

This tricycle driver shows that being a good provider doesn’t mean that a man needs to be wealthy. A true provider makes sure his child is able to eat at least three times a day, even if he doesn’t. 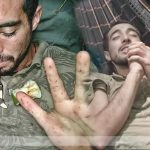 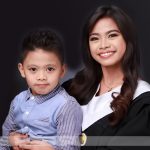