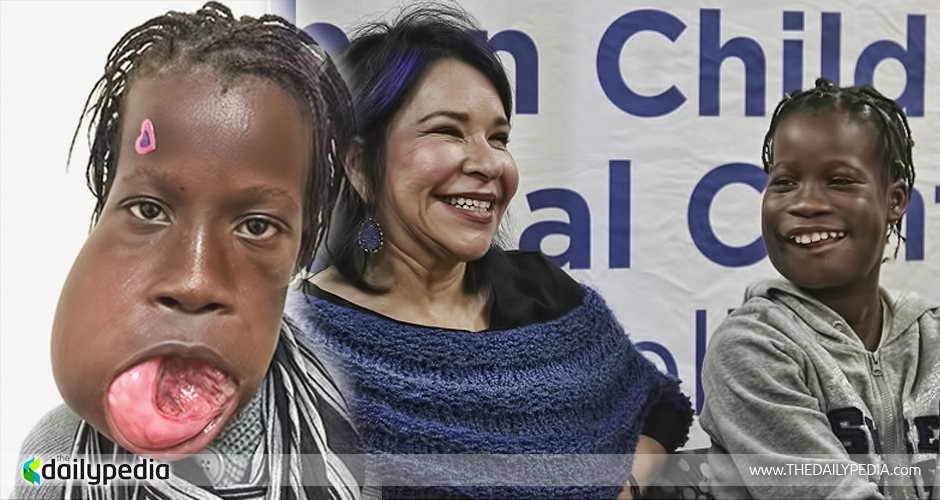 It was left untreated which made it hard for their local doctors to correct her deformed face.

During those years, she was unable to eat, talk and even smile. Janet would walk around with a scarf wrapped around her face and was unenthusiastic to even go to school or hang out with her friends.

The tumor had grown as big as six pounds which had made her breathing difficult for her. It also might have been the cause of the girl’s death if not treated as soon as possible.

Dr. David Hoffman was contacted by a non-profit organization after the local doctors had informed them about Janet’s condition. The doctor then reached out to another good soul, Elissa Montanti, founder of Global Medical Relief Fund – a charity that helps injured children.

The lady is the one who prepared Janet’s documents, transportation and her accommodation for the time she spent on Staten Island.

Dr. Hoffman and Dr. Armen Kasabian, who led the surgical team, hold a model of a tumor and the actual six-pound tumor, pictured in the brighter red. The surgeons said the tumor was one of the largest they had ever seen.

The doctors, who operated on Janet, had practiced on 3D models to be able to do the operation right on the first time since Janet and her mother couldn’t stay for too long.

They removed the tumor and had to rebuild her jaw using a part of bone in her leg.

After her 12-hour surgery, she had undergone an extensive therapy to learn how to talk and eat again.

The good news is, Janet’s beaming smile will be seen on Gambia because they will also be able to go home the next month. 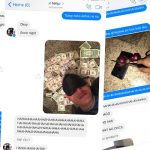 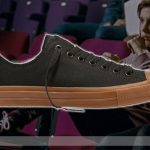