Peter Gene Bayot Hernandez, also known as Bruno Mars, is one of the most sought after male vocalists of this generation. After his hit song Just the Way You Are back in 2010, his career had continued to rise up to the present time.

Fans loved Mars because of his undeniably amazing voice, and also for his other talents in instrument and songwriting. Everyone knows what a great man he is, however, there are a lot of facts that only a few fans knew about him.

Mars was one of the six children in their family, from a Puerto Rican father and Filipino mother. His father was a percussionist, while her mother was a hula dancer when they first met.

He was influenced by Michael Jackson and Elvis Presley as he grew up.

Back then, Mars was enjoying performing with this family’s band named “Love Notes.” However, it was disbanded when he was 11 years old, when his parents got divorced.

He performed a musical act back in high school as a part of the opening show of Magic of Polynesia. According to him, “I was like a circus freak. I’d sing songs for all the tourists. It was always cover songs — everything from Chuck Berry to Usher. Then I got fed up, like I’m singing songs to a bunch of tourists that don’t even speak English. I felt like I could do more.”

Bruno was offered a songwriting partnership by Philip Lawrence. He agreed with the fellow musician and joined forces with Ari Levine. From then on, the three was known as The Smeezingtons. The same group was the one who taught him how to write songs.

Mars’ father decided to call him Bruno because he resembled Bruno Sammartino, a large professional wrestler. To add it up, he decided on his Mars stage name because a lot of girls told him that he was “out of this world.”

He said he grew up eating musubi – a mixture of rice and Spam, which had become his favorite.

Bruno Mars was a victim of illegal music downloads spreading online. Almost all of his songs are pirated and still continue to circulate on the internet.

He is blessed with everything else, except for his height.

In his early career, he also wrote songs for some artists and had surprisingly become a hit.

Fans are indeed amazed with Versace on the Floor singer. Throughout these years, he had proven that he’s so much more than he appeared to be. 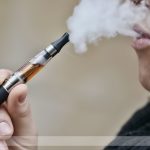 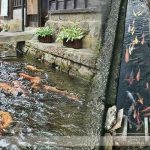