Native cherry blossoms trees are to be built in Puerto Princesa!

Puerto Princesa City is planning to build a park showcasing Cherry Blossoms, a resemblance of the famous Japan’s Sakura Gardens.

The park will be named Baluyong Park, a word that came from the name of the native cherry blossom tree. Puerto Princesa Mayor Lucilo Bayron announced last year that the Balayong trees will be planted in the nearby areas of Palawan Sports Complex.

Even though the project is still under an intensive study, Bayron reassured that it will be constructed during his term.

He also said that the local government will relocate the existing Balayong trees in the city to make sure that the park will be in its full bloom one day.

This is to boost the tourism in the city, and a project at the same time of the current government according to him,

[If we could fill up [the city] with Balayong trees, it would look beautiful once they bloomed.]

The sakura trees have already been planted last year and are expected to bloom in three years time.

Did you know? This is the second cherry blossom park to be built in our country. The first one to plant these trees is Atok, Benguet. 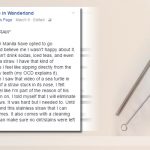 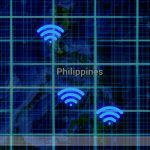