John Taylor , the groom wanted to have a funny photo shoot with Andy Pemberton his best man. This was included in his wedding photo shoot for their September 2015 wedding. John discussed his plans with his fiancée Lisa and Katie Byram, the wedding photographer. The photos showed an entirely different kind of relationship: one that is between a groom and his best friend.

The photo shoot started with the groom and his best man spooning in bed. It was totally hilarious, but it was something unique that it has been featured in several news and media websites.

Here are some of their “bromance” photos:

It’s alright. We’re in this together.

Such a nice feeling, relaxing together.

Watching television in our bath tubs

What is that you’re reading? What is it about?

The true bride and groom

Marrying the man of her life meant having the best man as her bestfriend too.

What do you think of this bromance photo-shoot? Leave a comment below. 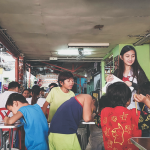 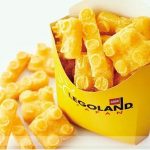