Harding went up against Johan Segas at the British Challenge Mixed Martial Events on Saturday. The two battled out for the Interim Featherweight title.

Showboating is a term in sports where an athlete exaggerates movement causing uneasiness to their opponent, or in layman’s term, boasting.

During the first two rounds, Harding showed off his dancing skills and proved his skills by leading the scoreboard.

But the taunting stopped in the third round when Segas have had enough and started jabbing the still dancing Harding. On the latter part of the 3rd round, Segas released a kick on Harding’s upper torso that caused the latter his fall.

One moment he’s dancing, and the next thing the audience witnessed, he got knocked down.

Harding’s showboating is not a wise decision, because he got backfired with a kick to the face. John Segas doomed Joe Harding, winning his second match. 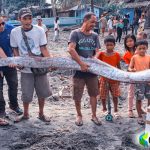 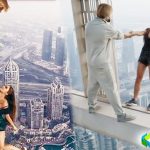