If you try to look at sex at an evolutionary perspective, it’s a waste of time and energy. Yet sex has become the most dominant way the world’s fauna and flora ensure the survival of the species, passing on genes to the next generations.

So what exactly is the advantage of having sex, which has “high costs”, over cloning that also exists in nature?

According to an article published by Marlowe Hood for Agence France-Presse, sexual reproduction causes genetic variation, which is needed in order for the offspring to have a genetic makeup that will make it survive in an ever-changing environment.

On the other hand, clones do not differ in terms of genetic makeup, making it difficult for them to thrive in an environment that deteriorates.

But according to Stuart Auld, a biologist at the University of Stirling in Scotland, sex must be twice as efficient as cloning in order for it to outweigh its costs.

“If sex is to be favored by natural selection, a sexual mother needs to either produce twice as many offspring as an asexual mother, or produce offspring that are twice as good,” Auld told AFP.

In order to show that genetic changes that come with sexual reproduction enhances an organism’s ability to fight off diseases, Auld and two colleagues conducted an experiment using the humble waterflea, which can actually reproduce both ways.

After comparing clonal and sexual daughters from the same mothers, the scientists discovered that sexually produced offsprings get less sick.

“By comparing clonal and sexual daughters from the same mothers, we found sexually produced offspring get less sick,” Auld explained.

The findings of their study published in the British journal Proceedings of the Royal Society B. showed that cloning offers fewer opportunities for genetic changes in the organism. Meanwhile, sexual reproduction fuels new genetic variations that can help organisms fight back against pathogens. 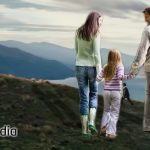 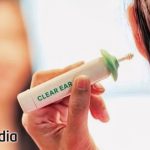