It tells the story of Marty played by Enzo Marcos, a comic-book artist who sees annoying people as monsters and has unrequited romantic love towards his best friend Sally played by Rhian Ramos, a gadget inventor.

But whether you’ve already seen the film or just about to have a trip to the cinemas, here are 10 things you should know about this live animated film Saving Sally.

2. The film is 10 years in the making. According to its creators, it took 10 years to finish the film because of limited resources for the animation.

3. It carries the song called “Everything Refuses to Move” by Hannah + Gabi.

4. It was graded A by the Cinema Evaluation Board.

6. Rhian Ramos is not the original Sally she was casted only in 2009.

9. Saving Sally was a concept of Charlene Sawit, a fine arts graduate of UP Diliman.

10. The original look of the film was inspired the film “Mirrormask”.

Saving Sally is now showing on cinemas as part of the 2016 Metro Manila Film Festival 2016. 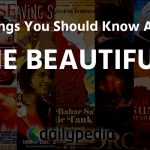 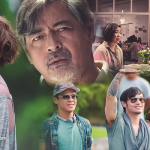