A political drama film, Oro was inspired by the Gata 4 Massacre happened in Caramoan, Camarines Sur. Directed by Alvin Yapan, the movie recounts the true story happened to the 4 miners massacred in Brgy. Gata in Caramoan.

According to the director the movie aimed to brings the harsh issues and tough questions to light. Taking on the films characters are Irma Adlawan, Joem Bascon, Mercedes Cabral, Sandino Martin and Cedrick Juan.

And to know more about this political thriller, here are 10 interesting things you should know about Oro.

1. The film was inspired by the Gata 4 Massacre in Bicol.

3. It was Wimpy Fuentebella who convinced Yapan to pursue the project.

5. The movie was shot in the exact baranggay where the massacre happened.

7. There are unusual occurrences encountered during the shooting of the film. Oro director revealed they’ve experience unusual instances like loosing electricity, ans strange feelings during the filming of the movie.

9. Irma Adlawan was not the first choice for her role. Irma Adlawa who played Kapitana  was only a replacement to the superstar Nora Aunor.

10. The film was based on true story but the director decided to fictionalized some aspects of the film to protect the family of the massacre victims.

Oro is currently showing in cinemas as part of the 2016 Metro Manila Film Festival. 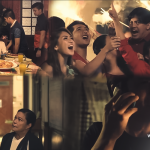 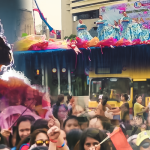