When patients of urologist Dr. David Wartinger approached him one after the other with reports of painlessly passing kidney stones after visits to amusement parks, the doctor knew he just had to investigate the phenomenon. And what better place to check out the claims than Disney World?

Wartinger and a few other Michigan State University colleagues set off for the happiest place on Earth to conduct a few experiments. The doctor created a 3D model of a kidney, which he filled with urine and three real kidney stones of different sizes, but all under 4mm. Placed in an anatomically-correct position within a backpack, the model kidney was then taken for several rides.

As published in the Journal of American Osteopathic Association, Wartinger and colleagues reported that the kidney stones passed 70% of the time. However, not just any roller coaster ride would suffice. As quoted by the Huffington Post, Wartinger stated that “the ideal roller coaster used would feature quick drops and sharp turns. It wouldn’t exceed 40mph or invert passengers, which could potentially pin the stones to the kidney’s walls and prevent them from becoming dislodged.”

Meanwhile, New York University’s Dr. James Borin admits that while this alternative form of therapy may be fun and relatively painless, he wouldn’t really recommend it as a treatment. He explained that, “We recommend surgery if it’s 5mm or larger. When a stone is around 3mm, there’s a 95 percent chance it will pass on its own, which would support the study’s success rate… I don’t want people to get the wrong idea that this is going to solve all their problems.” 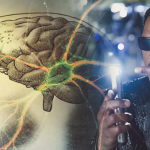 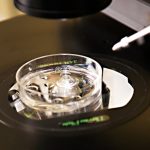