Ever wonder what’s going on in your dog’s head when they’re watching TV with you? Do they see the same things that you see onscreen?

Research has found that dogs prefer certain images and videos. In fact, experts have discovered that pooches have a preference towards watching other canines and are attracted to sounds like barking and whining, the sound of toys squeaking, as well as humans giving dog-friendly commands and praises.

The way they see images and videos on screen is also different from humans. Because they possess dichromatic vision, dogs can only see colors within two spectrums of light: blue and yellow. This is the exact reason why canine TV channels prioritize these colors in their programming.

Veterinarians also think that the high flicker rate of high definition television has also allowed our four-legged friends to see better as their eyes are more sensitive to movement.

Interestingly, experts are yet to determine whether dogs really enjoy what they see on screen. The range of emotions that TV programs make humans feel has long been known as an important factor that motivates people to watch. Pooches, on the other hand, have different types of personalities, experiences, and preferences that may drive them to watch certain TV programs.

Unlike humans, dogs often interact with the media under three seconds. This is the reason you’ll often catch your pooch just glancing at the screen rather than focusing on the program. Thus, it is ideal that dog TV programs just show snippets rather than long storytelling scenarios. 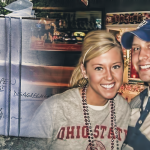 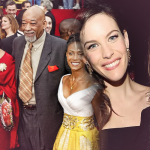