When the 911 emergency hotline was activated last August 1, 304 prank calls and 1,119 dropped calls were recorded out of the 2,475 total calls the hotline received that day.

On top of the extra charges one telecom company is imposing and warnings of arrests from PNP (Philippine National Police) Chief Ronald Dela Rosa once the identity of the prank callers have been identified, Senator Richard Gordon is proposing an extra measure to help deter the incidence of prank calling and scams perpetrated through SMS (short messaging system) and mobile calls.

The senator further stressed that “Mahalagang maunawaan natin lahat na ang paggamit ng mobile phone tulad ng pagmamaneho ng isang sasakyan ay isang pribilehiyong may kalakip na responsabilidad at pananagutan.” (It is important for people to know that the use of mobile devices, like driving a vehicle, is a privilege that should be exercised with responsibility and accountability.)

Netizen Vladi Malic believes that the proposed measure is “doable, Telcoms can make a deadline for sim registrations say dec 31, 2016 with no extensions. After that lahat ng di nag register automatic block na. (Everyone who did not register should be automatically blocked.) Sync this with the unified id system para mas madali proseso ng pag rehistro, (to make the registration process easier) all infos should be there.”

Facebook User Roni Parcon, however, is not as optimistic. “Mag la lobby Yun mga may ari Ng telcos para Hindi Yan Ma aprub… Wag naman sana tumanggap Ng bribe Yun mga mambabatas Galing sa kanila(telcos)… This issue is long been over due… Tayo na Lang bansa ang Hindi nag re register Ng mobile sim…” (The Telcos will lobby to have this bill blocked. I hope our lawmakers will not accept bribes from Telcos. This issue is long overdue, we are the only country that doesn’t have SIM registration.) 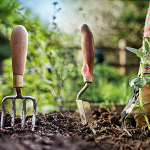 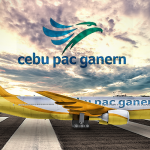