“Touch the soil, smell the grass,” begins a post published on Facebook by Secretary Manny Pinol of the Department of Agriculture (DA). Within the same post, he announced that the DA is working together with the DepEd (Department of Education) to re-introduce Basic Gardening as a special activity for elementary students in all schools, both public and private.

Pinol lamented over what kind of future the Philippines, which is largely agricultural, will have if “children of today do not even know how to plant vegetables or do not even know the smell of the soil and the scent of a tomato flower?” He further added that the reality is, most people are leaving the countryside, preferring to look for job opportunities in cities. Add to this the fact that technology has led to children becoming more inclined to play digital games on computers and mobile devices rather than going out to explore the outdoors.

With these in mind, Pinol shared that during a recent cabinet meeting, he approached DepEd Secretary Leonor Briones with the idea of bringing back Basic Gardening in elementary schools.

“…we agreed that DA and DepEd would work together to implement a national school gardening program and the search for the Best School Garden in the country,” Pinol said.

Although a MOA (Memorandum of Agreement) has yet to be signed between the departments, Pinol disclosed that he has already instructed DA Undersecretary Bernadette Romulo-Puyat “to include in our proposed budget for 2017 an allocation of P20-M to support this program.”

Pinol believes that the amount is “worth it,” stressing that he “cannot allow a situation where the future generation of this country would not even be able to know the difference between an eggplant and an okra or a chicken and a duck.” 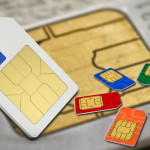