Sen. Tito Sotto is again involved in trouble after making another controversial remark on his noontime show Eat Bulaga!

In the Saturday, July 9 episode of Eat Bulaga!, Sen. Sotto scolded the winner of their Bayanihan segment for her supposed drinking habit and for wearing shorts. Sotto implied that it was the woman’s fault why she was taken advantage of because of her being drunk and her clothes.

So this is the controversial remark of Sen🙄 Tito Sotto to a woman who was taken advantage by her drinking buddies.😒 pic.twitter.com/obficLMspI

The woman was recounting her experience about being taken advantage of by a male friend when Sotto reacted, blaming the woman for her drinking and for wearing shorts. While co-host Jose Manalo and the studio audience seemed to agree with Sotto, netizens found the remark sexist and definitely uncalled for.

Netizen @ilda_talk said Tito Sotto and other male hosts of Eat Bulaga seemed to be still promoting a backward view of the world that bullying women is cool.

Male hosts of Eat Bulaga like Tito Sotto are still promoting their backward view of the world. They think bullying women on the show is cool

Here are other netizens who called out Sen. Tito Sotto for his victim-shaming remark on Eat Bulaga!.

This perspective is a problem. It's the reason why women suffer a lot of sexual abuse. This idea that it was their…

Posted by Catcalled in the Philippines on Saturday, July 9, 2016

Maybe aliens don't wanna visit us because we have Tito Sotto as a senator. 🙃

Tito Sotto is so gross. There is not a day that goes by that I don't feel disgusted and horrified at the thought of him existing. Yuck.

#TitoSotto is such a chauvinist asshole. Why do people keep on voting for this useless Comedian???

Tito Sotto just humiliated and victim blamed a woman on tv. Imagine if that woman was your mother/sister/girlfriend/wife/daughter.

Hi tito sotto I hope you can see how many people loathe you. Shame on you and the ppl who still supports you after what u just said.

This is not the first time that the Senator has been called out for his controversial remarks. Last year, he was also scored for telling a gay dad to go back in the closet.

He was also highly criticized for his staunch opposition to the RH Law and for plagiarizing a speech. 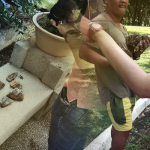 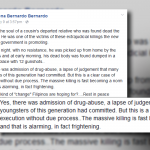