Maybe it’s not such a good idea to let your dog lick you. When a 70-year-old woman went through a prolonged hospitalization and almost suffered fatal sepsis, her doctors attributed the cause of her suffering to her companion — an Italian greyhound.

She was neither scratched nor bitten, but it had been found that merely allowing your pet dog to lick you can prove to be deadly. Apparently, within the mouths of dogs and cats lives a bacteria called Capnocytophaga canimorsus. The bacteria is relatively not harmful, but in some cases where a person’s immune system is impaired—such as with the elderly—getting infected with the bug can lead to death.

Other unseen dangers that lurk in our pets’ saliva include salmonella, which causes gastrointestinal distress; Toxocara Canis, a parasite that can cause blindness; and the more common rabies infection.

Similarly, humans can also transmit pathogens to pets. Researchers have even found that dogs can be carriers of several drug-resistant strains of bacteria, most of which were transferred from humans.

Scientists, however, don’t want pet owners to be too paranoid. Especially since dogs often lick as a sign of affection. Instead of avoiding a dog’s lick altogether, a better precaution they say is to take better note of what your pet licked or ate prior to licking you. 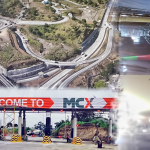 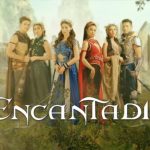