An Overseas Filipino Worker (OFW) is asking for help after losing his child and his job.

Rollie Tindugan, an OFW in Dubai, is appealing for help after losing his prematurely born baby and his job. In a report by GulfNews, Tindugan is said to be asking generous-hearted UAE residents for help in raising money to cover their hospital expenses which amounted to Dh250,000

“I have lost everything, my son is no more, I have no job, no visa and have no idea how am I going to pay this bill.” he said.

A former graphic designer, Tindugan lost his job last March. In another misfortune, his baby boy, who was only 26 gestational weeks, was born prematurely causing them to put him in the intensive care unit of the hospital. After two months in the hospital and with mounting hospital bills, the baby was discharged by the doctor during his 30th gestational week. Within that week, they lost their son.

Tindugan wanted to find a new job to cover their expenses but the hospital retained his passport as collateral for their bills, making it impossible for him to apply. To get his passport back, they asked help from the police. The hospital eventually returned his passport but gave him only up to September 20 to settle their bill or else he would be turned in to the authorities.

With that deadline in mind, Tindugan  took to Facebook to ask for help in raising the money to pay for their hospital bill and for the proper burial of their son Timothy. To those who want to help, you can contact Tindugan at numbers +971509280017 / +971564785208 or via email at [email protected]

TO MY DEAR FRIENDS AND RELATIVES… after baby Timothy passed away last night June 26, 2016 he was been confined at…

Here’s the complete appeal of Rollie Tindugan posted on Facebook.

TO MY DEAR FRIENDS AND RELATIVES
… after baby Timothy passed away last night June 26, 2016 he was been confined at NICU , Zulekha hospital for 2 months because he is a 27 weeks premature baby , we have unsettled payment which around 250,000 aed to be cleared on September 20, 2016. Since week 1 I am trying to reach out all the foundations and charity here in UAE to seek some donations . Now i seek to all of you guys kindly help me to raise a fund to my late son Timothy i want him to have a descent burial. God Help Us.. kindly contact me or email +971509280017 / +971564785208 /[email protected] 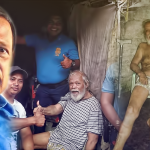 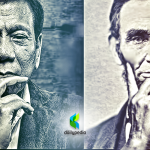