GMA Network’s drama anthology Magpakailanman was slammed by a netizen for purportedly showing an inaccurate story.

In the May 28 episode titled Crime of Passion, Magpakailanman showed the story of an abused woman who killed her husband in self-defense. But contrary to what the show presented, netizen JT Joy, sister of the slain man, said the story was full of lies, biases, and inaccuracies.

In her Facebook post, she appealed to Magpakailanman and its host Ms. Mel Tiangco, to take down all videos and related posts regarding the concerned episode.

“Her story is completely full of LIES & OPPOSITE on the show/her story at ma drama pa,” she added.

She also asked Magpakailanman to dig deeper into the case and not just base it on the story of the wife because JT Joy said she and her children were not abused.

According to JT Joy, the truth of the matter us that her brother was brutally murdered by his wife using a sledgehammer. Their child was even shocked and traumatized by the incident, saying their mom killed their dad. She said, “the husband was sleeping and the wife tied her husband’s hands, feet & neck, [used] sledgehammer to [whack] the head multiple times.”

In conclusion, she called on Magpakailanman to get their story straight, be evidenced-based, and be fair.

“Youtube & GMA Network Magpakailanman, Ate Mel: Please take down this video & all related videos posts. The girl in the interview is overall very controlling of her husband from taking all her husband’s salary, to not allowing him to see his family. Her story is completely full of LIES & OPPOSITE on the show/her story at ma drama pa.

[She’s a liar and she turned the story around. She was imprisoned because of the strong evidence against her that she planned on killing the man. She uses lies to get sympathy from people. She thought she could fool people especially those who know her. She also thinks that people are dumb enough to believe her story. After her interview and the show, she just laughed at all of you.]

The TRUTH: the husband was sleeping & the wife tied her husband’s hands, feet & neck, use sledgehammer to wacked the head multiple times. Then, she cleans him up, changed clothes & pulled the body out of the house & thrown down onto the bank/hill to try to cover-up her lies. She cleans their bed, put all bloody clothes/rugs/sheets sledgehammer in the military duffle bag & hide in their closet. She called & demanded money 10,000 Philippines pesos from her husband’s military officer & told him her husband is in emergency having a heart attack. Next morning, the husband never showed up to the routine military Physical activities; so, her husband’s military group came by & look for him & the wife said, that he’s still asleep. Then, the group found the husband upside down on the hill. Their child said that my mommy killed my daddy. The poor child was shocked & frightened.

GMA Magpakailanman at Ate Mel: To GMA Ate Mel at Magpakailanman: The “Crime of Passion” show and all related posts must be remove ASAP. This story is bias/all lies/ INACCURATE. He never hurt his wife nor his children. Many lives, families(both sides including their children) are still traumatize, friends & people who are affected & still mourning & suffering as a remnants of this heinous crime that Berly/Tata Bendula committed. That is why she is imprisoned due to heavy evidenced/forensic results on how she planned & killed my brother & because her story was proven a LIE & NEVER true. You need to remove the show and all related posts, then review the case, look at all evidenced in file & investigate; interview other people who personally know them (as mag-asawa) including families of the victim. Compare evidenced & words from her lying tongue. If you think people deserve to know, why not tell the whole truth based on facts/evidenced. Not that you simply believe the story without a proof & waiting how many people have watch, views, like, share & comments about the show; most people made comments only based on what they’ve seen on the show & not based on the truth/evidenced of what they truly know about the case. Get your story/show straight, evidenced based & fair. Thank you! 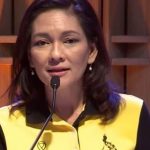 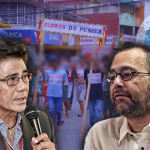