Four years after his death, some people are still not convinced that the plane crash of Jesse Robredo was an accident.

In a Facebook post by Tomas Abdulmalik (which is currently gaining social media attention) and attributed to former General Jose Alejandrino, it was alleged that the former Department of the Interior and Local Government (DILG) Secretary was killed after discovering links of drug lords to some high-rankingPNP officials and some cabinet officials.

“Jess informed President Aquino of his investigations. The problem was it was not only the druglords who had links to some PNP generals but as Jess dug deeper found they had links to Palace officials,” according to the post.

Don't scoff at it as conspiracy theory. Just connect the dots and figure out how tenable was the treacherous plan that…

It was also alleged that the president must have asked Robredo to go slow on his investigations regarding the drug links, even though he knew the latter’s character would not allow that. Thus when then Pres. Aquino was told about the fatal plane crash, he instructed then Usec. Rico Puno “to rush to the Robredo condo to look for the files and dispose of them because they contained incriminating evidence against two Cabinet officials.”

To boost the claim, the post questioned why Malacañang didn’t bother to conduct a thorough investigation on the real cause of the plane crash. It also said that based on the crash report, there are inconsistencies in the declarations of the lone survivor which may indicate that it could have been doctored.

Here’s the complete post on the alleged assassination of Jesse Robredo.

Don’t scoff at it as conspiracy theory. Just connect the dots and figure out how tenable was the treacherous plan that was possibly devised by his boss, underling and co-cabinet secretary.

Repost from my friend Jose Alejandrino:
WHAT REALLY HAPPENED?

Former DILG Sec. Jess Robredo was certainly the best of the Aquino appointees. He was honest and courageous. Before he died in a fatal plane crash, he was investigating druglords and their connections to the PNP. He discovered the links to some generals, notably two who have been named publicly among 5 by President Duterte.

Jess kept the files and to avoid them being stolen, most likely kept them at his condo.

Jess informed President Aquino of his investigations. The problem was it was not only the druglords who had links to some PNP generals but as Jess dug deeper found they had links to Palace officials. So when Aquino was told of the fatal plane crash, he instructed Rico Puno, Usec at DILG, to rush to the Robredo condo to look for the files and dispose of them because they contained incriminating evidence against two Cabinet members.

If you review the report of the plane crash, there are inconsistencies in the declarations of the lone survivor which indicates the report could have been doctored. No autopsy was carried out on the body of Jess Robredo. Why? Nobody knows. Was it to hide foul play? It is no secret that Aquino and Robredo had sharp differences. The president most likely asked Jess to go slow on his investigations but Jess was not the kind of man who could be dissuaded from doing his duty. Then there was no thorough investigation on what really caused the plane to crash. The Palace did not appear to go any further other than to bury Jess as a hero to dispel questions regarding the plane crash. With Jess buried, the investigations were shelved.

Neither Mar Roxas as DILG secretary nor Leila de Lima as DOJ secretary go further. They knew the extent of the illegal drug trade. Marcelo Garbo was a close lieutenant of Roxas. He openly supported his presidential campaign. He was in charge of the black ops against Duterte. The other generals named by Duterte were also sympathetic to Roxas. Not surprising because they belonged to the same graduating class. Leila de Lima turned a blindeye to the ongoings of incarcerated druglords in Bilibid who continued operating their shabu business from within their luxury accommodations built with the knowledge of the DOJ secretary. Today she reportedly opposes their transfer elsewhere. Why? She and Roxas have a lot of explaining to do.

The growth of the distribution network of illegal drugs that now encompasses most barangays in the country could not have happened without the connivance of key PNP and government officials. It has become a 450-billion peso annual trade. So vast it impaired six million of our youth physically and mentally. So vast it has drawn as protectors at least 34 mayors, some governors and some congressmen who are presently being investigated. So powerful druglords are willing to offer up to one billion pesos to kill President Duterte.

The only way to eradicate this evil is to terminate druglords and their associates if they don’t surrender. Mexico terminated 500 in the first year of its war against drug cartels. Some 100 here at home have reportedly been killed that is now leading to mass surrender of pushers and addicts, the latest 4,000 of them in Davao del Norte. Others are rushing to surrender in other provinces. Their distribution network is breaking up. With no distribution network, the shabu supply will dry up. The next step is to terminate the national and local officials protecting them if they don’t surrender voluntarily. Kill a few dozen more and in less than six months the drug problem can be brought to a manageable proportion. Ignore the critics. As Lee Kuan Yew pointed out, the security and well-being of law-abiding citizens is more important than the rights of criminals. Those who defend the latter are either coddlers or in the pay of drug syndicates. 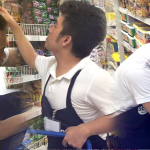 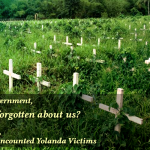