The popular science website cited recent studies, which explained how an increased sugar intake may lead to fat clogging the blood vessels of the penis, which in turn may restrict blood flow thus making it harder for a man to achieve an erection.

Meanwhile, an older study conducted in 2010 by scientists from the Copenhagen University Hospital showed a correlation between soda addiction and a reduction of as much as 30% in a man’s sperm cell count.

The Copenhagen study involved 2,500 male respondents. Those who confessed to having an addiction to softdrinks had an average sperm count of 35 million per liter. While it may still be considered as a healthy amount of swimmers, the number is considerably lower when compared to the average of 56 million per liter that the non-soda drinkers in the study had.

Scientists are sure caffeine is not the culprit; they found that other caffeinated drinks did not affect sperm count. What they aren’t sure of at present is what exact component of carbonated drinks affects potency. For now, though, if one is looking forward to hearing the pitter-patter of Junior’s tiny feet, it’s better to be safe and steer clear of the fizzy drinks. 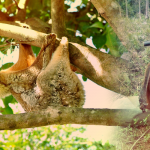 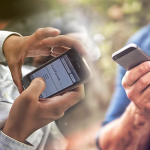