The Department of Science and Technology (DOST) and the Philippine National Railways (PNR) unveiled the first Filipino designed, developed, and made hybrid electric train on June 25, 2016.

The hybrid electric train is a P120-million project developed by DOST’s Metal Industry Research and Development Center (MIRDC) in 2013 which also included the DOST’s hybrid road train which was launch earlier this year. The DOST Secretaries and the PNR chairman faced the media to talk more about the project that promises a “safer, more comfortable and bearable” commuting experience for the public.

“It’s high time that we give recognition to the fact that we are fortunate to have the best engineering and technical minds in the country… We have the solutions to our own problems. We can make local technologies work,” Montejo said.

“This proves yet again that our engineers are very capable to develop high-tech systems if only they are empowered to pursue such R&D (research & development) activities.

“Most important is that this is local. There was a lot of value adding done by our engineers to come up with this electric hybrid train,” Montejo added.

Montejo said that the hybrid electric train has batteries on board that store the energy it generates when it runs and stops; a more energy efficient train because of its regenerative capability compared to the current PNR trains.
Secretary Montejo and PNR Chair Torres also gave additional statements in a GMA NEWS TV’s Balitanghali interview and feature. 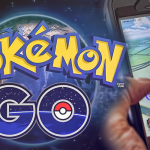 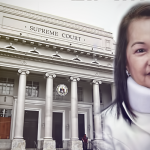