The ASUS Zenfone 2 Laser (ZE500KL)‏ is one of the many smartphones that was released last year. It is known for earning the IF Design Award 2015. With new and updated smartphones being released this 2016, is the Zenfone 2 Laser still worth buying? After almost a week of using the phone as our daily driver, here are some of the things that we love about the unit:

At first glance, the concentric design of the handset and the brushed metal finish at the back of the phone really makes it look like a premium item.

Holding the phone is very comfortable and has a good grip, thanks to its curved back. But due to its size, you’ll probably need to use both hands while texting.

Sadly, the capacitive buttons do not light up, making them difficult to use in low light conditions.

The power button is placed on top, which is at times a pain because you won’t be able to reach it easily. A great solution for that is to use the ‘double tap to wake up’ and ‘double tap to sleep’ gesture of the phone, under the Zen Motion settings.

The volume control is placed on the back, a departure from usual side placement.  The handset also has Corning Gorilla Glass 4 protection, which makes it less likely to break and have major scratches. 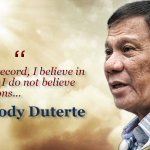 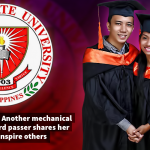