Unlike the Iglesia ni Cristo, the Catholic Bishops’ Conference of the Philippines (CBCP) does not endorse a political candidate and then push for bloc voting among the members of its congregation. However, the CBCP warns the voting public about not voting for individuals who to them are morally “lacking” and even “bankrupt.”

In an article posted on Rappler, it was reported that Cagayan de Oro Archbishop Antonio Ledesma slammed leading Presidential candidate Rodrigo Duterte for the 1,400 extra-judicial killings in Davao City. Archbishop Ledesma also condemned adultery as “sinful and immoral” in his pastoral letter dated May 3, 2016.

“Change begins within each one of us. It is we as a people who can change our society. So once again, we appeal to you to vote according to your conscience. And to vote for candidates of conscience – i.e., persons of moral integrity,” Archbishop Ledesma stated in his letter.

Duterte has on record admitted that he has and is willing to kill to stop crime. The CBCP earlier warned voters about killing which alluded to the only Presidential candidate who has openly admit to doing so, the Davao City Mayor.

Duterte also prides himself as a “lover of women” and has admitted he’s a “womanizer” in his various campaign rallies. Duterte has also come into conflict with the members of the Roman Catholic church when he “jokingly” cursed the Pope Benedict XVI and the traffic created by his Philippine visit. 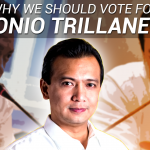 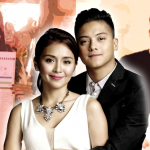