Davao Mayor Rodrigo Duterte’s presidential campaign is once again the subject of controversy, this time for a supporter using the name and likeness of the Singaporean prime minister in a fake endorsement of Duterte’s candidacy. The meme that circulated online had PM Lee Hsien Loong allegedly saying that Duterte was the only presidentiable that was capable of making the Philippines like Singapore.

The Singapore government said on April 25 that it will seek legal advice to address the misleading social media post that misleads netizens into believing that their Prime Minister endorsed presidential candidate Duterte. The original post has since been removed but copies and screenshots continue to spread online:

Here is the official statement of the Singaporean Embassy in Manila as posted on their Facebook page:

The Embassy takes a serious view of the misleading FB post. We are seeking legal advice. We also request the immediate removal of the post, which is a clear misrepresentation.

Posted by Singapore Embassy in Manila on Sunday, April 24, 2016

The Singapore government through its Embassy in Manila also added…

“The Embassy has learned of a FB post mischievously alleging that the Prime Minister of Singapore endorses a presidential candidate for the upcoming presidential election in the Philippines. This is untrue. Singapore does not endorse any candidate.”

“The choice is for Filipinos alone to make. We wish the Philippines well in the conduct of its elections.”

Duterte supportersSingaporeSingaporean Embassy in the Philippines 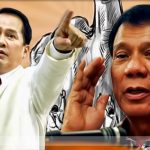 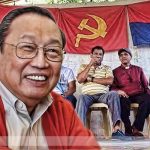