For years every time there is a Manny Pacquiao fight, the crime rate drops to virtually zero in the Philippines. The streets are almost empty, social media is abuzz with posts about the fight, and Filipinos organize Pacman viewing parties so they can watch the fight and cheer for their idol together (with lots of food and drinks available, of course).

Politicians and local officials would set up free live viewing of the fight in the largest auditoriums and gyms in their respective cities and towns; while hotels, restaurants, and cinemas would be filled with people willing to pay a fee so they could watching the fight with good food and drinks in a posh setting. Tickets to the match at wherever it is held also get sold out quickly.

Moreover, a lot of international and Filipino celebrities watch the action ringside, doing everything they can to obtain the most expensive tickets so they can be closest to the boxing ring. For years, a lot of stars have been photographed attending the event and even taking the time to meet the Filipino boxing champ before or after the match.

With Pacman’s recently concluded bout—his third match against Timothy Bradley Jr., however, it seems that the magic is gone.

Ticket sales and PPV (pay per view) buys are modest for the fight at the MGM Grand Garden Arena. A day before the fight, 2,000 tickets were still up for grabs—a huge number considering that tickets previously get sold out quickly. Still, Pacquiao’s promoter Bob Arum still felt happy with the modest ticket sales considering that this still comprises around 90-95% sales.

PPV buys only amounted to some 700,000 which pales in comparison to the 4.4 million PPV buys generated by Pacman’s fight against Floyd Mayweather.

We're in the 11th of #PacBradley rubber match. Lots of moments like this ⬇️ pic.twitter.com/zQmTCuKiQY

But while Pacman’s camp is still happy with the results of the ticket and PPV sales, blogs like The Fanboy SEO believe that the boxing champ’s magic with the Filipino people is gone.

#PacBradley trended worldwide with 186k tweets but again, that fails in comparison to the millions generated by the Mayweather-Pacman fight, especially in the immediate aftermath when people complained that the much-awaited megafight turned out to be “boring.”

Twitter and Facebook were also quieter compared with previous bouts when newsfeeds were filled with hundreds of updates.

Also quite noticeable is the lack of big celebrity names gracing the fight at the MGM Grand Garden Arena.

So, is Pacquiao’s “fight magic” already over in the Philippines (and the rest of the world)? What do you think? 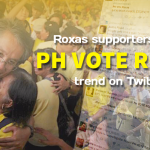 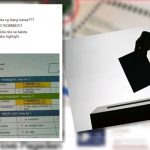