MANILA, Philippines. On Wednesday, April 13, Bureau of Customs (BoC) Commissioner Alberto Lina ordered a lifestyle check on the BoC union leader who apparently admitted to corrupt practices in the government agency during a TV interview.

Rommel Francisco, head of the BoC union, received flak after making a comment on the agency’s move to install additional CCTVs in their offices.

(Why don’t they try increasing our salaries and giving us the appropriate benefits? Do they think we will still do it?)

Francisco even questioned if the installation of CCTVs is a violation of their human rights.

(Why do they need to watch us? Isn’t this a violation of human rights?)

In an effort to prevent corrupt activities and red tape in the bureau, Lina had CCTVs installed near payment areas and transaction windows. He pointed out that employees who don’t engage in inappropriate activities shouldn’t be afraid of the CCTVs.

Considered as the most corrupt and distrusted government agency, the BoC received a negative 55% or a very bad rating in a survey conducted by the Social Weather Stations (SWS) last year.

Watch the controversial interview below. 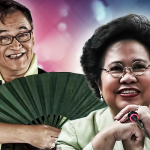 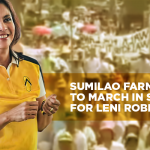