Last February 23, a man claiming to be soliciting funds for an inter-barangay basketball tournament visited a veterinary clinic along C5 Road in Libis. But when no one was paying attention, he instead pocketed an iPhone 6s then quickly exited the establishment.

In the CCTV (closed-circuit television) video below, the man can be seen holding what appears to be his solicitation letter. Pretending to wait in the clinic’s reception area, he apparently was just waiting until no one was looking and quickly got the iPhone that was left charging in a nearby cabinet. He then concealed the phone underneath the paper he was holding and quickly made his way out.

According to the veterinarian—who wishes to remain anonymous—the man had dropped by the clinic before. But as he only presented a blank piece of paper for the vet to sign on, the vet refused to sign and donate funds to the man. He, however, talked to the staff when he dropped by, “so he was familiar na,” said the vet.

On the day of the robbery, while the vet was busy at the clinic’s back area, the man came in and signalled that he was just going to speak to the aide out front. The aide assumed that the man had come back to present the actual solicitation letter and even asked him about it. To which the man replied, “okay na, nag-usap na kami ni doctora.” (Yes, I’ve spoken to the doctor about it.)

When they were closing shop for the day, they noticed that the phone was missing and only the charger was left behind. When they rang the phone up and experienced calls being dropped, they knew that the phone had been stolen.

The vet adds that when they went to the police station to submit the CCTV footage and report the theft, policemen told them that the same man had run the same modus of pretending to solicit funds at yet another establishment along E. Rodriguez Avenue. The man also managed to steal a mobile phone at the time. 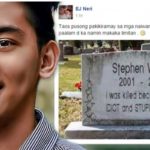 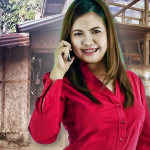