A new study has revealed that bright artificial lights that glare all night may cause nearby residents to develop obesity.

The study was conducted by analyzing satellite images of artificial light at night (ALAN) taken by the U.S. military. This was analyzed alongside the World Health Organization (WHO) data on obesity rates.

The research team at the University of Haifa in Israel which conducted the study found a “statistically significant” link between people being overweight or obese when they live near ALAN.

“Because of artificial light at night, we often eat in the wrong time, that is, after the natural dusk, when metabolic processes slow down,” N.A. Rybnikova of the University of Haifa said. Moreover, artificial light interferes with the body’s production of melatonin which controls the sleep cycle.

The researchers, however, emphasized that light bulbs do not cause obesity. Moreover, further studies are needed to be carried out to confirm if electronic devices can affect a person’s weight. 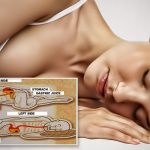 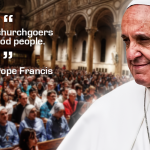