The said survey was conducted from February 16 to 27, 2016 which was participated in by 5,200 registered voters.

According to Rappler, in the ABS-CBN commissioned national survey, Sotto ranked first at a 50.6% voters’ preference, followed by Pangilinan at 47.2%.

Meanwhile, Pacquiao ranked at 8th to 11th with 33.2%. Pacquiao used to have a 46.9% voter preference rating in early February 2016. However, Pacquiao’s popularity started plummeting after he compared homosexuals to animals in an interview in February.

Moreover, four candidates are attempting to make a comeback to the Senate: Pangilinan, Panfilo Lacson, Miguel Zubiri, and Richard Gordon.

Leila de Lima, former Justice Secretary, was the sole senatorial candidate who was on the top of the survey who did not have any experience as a lawmaker. 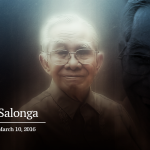 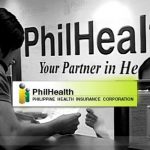