Last February 24, 2016, China sent fighter jets to the Paracel chain of islands in the West Philippine Sea, the same group of islands where they also deployed surface-to-air missiles earlier on in the month.

These developments are being viewed as a move towards militarization of the region on China’s part. But Chinese Foreign Minister Wang Yi, in the US for a dialogue with US Secretary of State John Kerry, claims that China is merely reacting to the Philippines’s violating international agreements on maritime conduct.

“It is exactly one country,” Wang stated, “and let me not avoid mentioning the name: that is, the Philippines has violated the stipulation of Article 4 of DOC (the Declaration on the Conduct of Parties in the South China Sea) and has given up on the dialogue and negotiations with the direct concerned parties of China, which is regrettable and which is ill-advised.”

On the US’s part, US Navy Vice Adm. Joseph Aucoin in an interview in Sydney, stated that “What we’re trying to ensure is that all countries, no matter size or strength, can pursue their interests based on the law of the sea and not have that endangered by some of these actions.”

On the part of the presidential candidates, here’s where each of them stands on the issue. 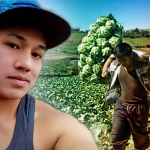 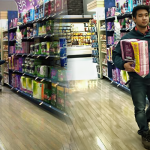