While many believe that spirits visit their loved ones to bid goodbye before leaving the earthly plane, there is very little evidence to support such stories. But a video that has gone viral may just change a lot of people’s opinions.

Shared by the grieving mother Joy Ganda Vibar-Alamares, the clip shows a white balloon which appeared to move on its own from the child’s casket towards her. There was no apparent source of wind that would push the balloon towards the people gathered at the wake. The white balloon eventually found its way towards the crying mother.

When the balloon “found” Joy, it stopped and appeared to “hug” her by bouncing up and down (it was not bouncing before it reached the woman) as well as trying to “enfold” her in an embrace the best way it could.

This brought more tears to the grieving mother who probably felt the child’s presence as represented by that balloon. Thousands of netizens (including his mother) believe that it was the child bidding his last farewell to his grieving mom. 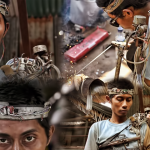 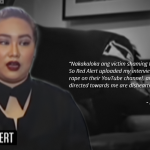