Recently, Asia-Pacific countries have seen a significant decline in instances of teenage pregnancies. Sadly, however, this trend does not include the Philippines, where “there has been little change,” according to a recently issued UNFPA (United Nations Population Fund) report.

Rappler reports that the UNFPA attributes the problem to a “lack of access to appropriate sexual and reproductive health information and services.”

Currently, a quarter of the Asia-Pacific population is made up of about a billion youth aged between 10 to 24. The UNFPA states that a “significant” number of this youthful population are sexually active.

Consequently, in the Philippines, about a third of teenage pregnancies “were conceived prior to marriage,” Rappler quotes a separate unpublished report, the 2103 Philippine Demographic and Health Survey.

Not only do our youth have insufficient knowledge regarding safe sex, their access to reproductive services and products —vital to their avoiding unprotected sex and its consequences—are also impeded, states the report. The UNFPA would like to stress that poor sexual and reproductive health not only affects an individual physically, it could impact a person socioeconomically as well.

“These negative consequences extend to young people’s families and future generations, and can perpetuate a cycle of poor health and disadvantage,” says the UNFPA.

For the situation to improve, the UNFPA recommends a strengthening of “laws granting the youth access to sexual and reproductive health information, commodities, and services.” In relation to this, the youth must also be encouraged to participate in the nation’s policy-making. There is also a need, said the UNFPA, for continued research on sexual and reproductive health and advocating sexual education in schools and at home. 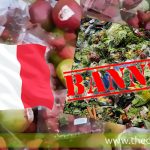 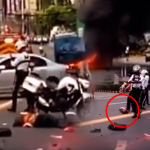