In 1901, by virtue of the United States Philippine Commission Act No. 243, a portion of land at the Luneta was set aside for the construction of a monument to honor our national hero, Jose Rizal. To create a monument worthy of the hero, a design competition was held from 1905 to 1907. Joining the competition were the most internationally renowned sculptors at the time from Europe and the United States.

The monument we see at the Luneta today, entitled “Motto Stella” (“guiding star” in Latin) was designed by Swiss sculptor Richard Kissling. Motto Stella, however, was only the second prize winner. The winning design was Italian Carlo Nicoli’s “Al Mártir de Bagumbayan” (To the Martyr of Bagumbayan.) At the time, controversy raged as to why the contract for building the monument was awarded to the second place winner and not the first, which most of the Filipino public agreed was the far superior design. History offers different accounts as to why the contract was not awarded to Nicoli. One states that Nicoli was a no-show during the contract signing, another states that Kissling offered a bid lower than that of Nicoli’s, yet another states that the intricate design and materials needed for the sculpture would cause the project to go over budget.

Whatever the cause, the fact remains is that Nicoli’s Rizal monument was never built. But is this really a fact?

Apparently, in 1928, then Mayor of Baliwag Pedro Mateo commissioned artist Ramon Carreon to re-design the existing Rizal monument Baliwag had in its plaza. Carreon made it similar to Nicoli’s winning design, adding the statues beneath Rizal, but with a few differences such as placing the personification of Inang Bayan (Motherland) behind Rizal instead of an angel. Carreon also added two sphinxes to stand guard beside the Rizal monument.

“Sa disenyo ni Carreon, iyon lamang ang pinagkaiba,” (That’s the only difference with Carreon’s design,) replied Lauchang, agreeing on the differences in design, “marahil sa ang nasa Baliwag ay ginawa sa cement at hindi lilok sa marmol na hinihingi ng orihinal na disenyo… marahil ang dahilan ng pagkakagawa ng Inang Bayan kaysa isang Anghel na maaring maging structural design difficulties due to strength.” (Probably the one in Baliwag is made of cement and not marble, as was specified in the original design. And choosing to put Inang Bayan instead of an angel is probably due to structural design difficulties due to strength)

Carreon’s Rizal monument still stands in Baliwag up to this day. 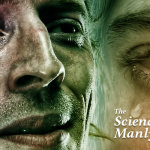 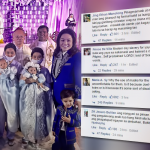