MANILA, Philippines. Days after a former Forevermore talent’s open letter addressed to director Cathy Garcia-Molina went viral, several members of the showbiz have expressed their opinion on the issue.

In the controversial open letter posted by Rosselyn Domingo on Facebook, the former cast member of the hit ABS-CBN primetime TV series accused Garcia-Molina of cursing and humiliating her boyfriend Alvin Campomanes during a taping for the phenomenal show in October 2014. Campomanes, a historian and educator at the University of the Philippines, agreed to be a substitute actor who played the minor role of Makoy when the actor who was supposed to take on the role became unavailable.

(I couldn’t stand how you would curse at the extras. It was painful to see you curse my boyfriend over and over again in front of many people. I will never forget how the staff and cameramen would laugh every time you’d curse. You don’t know how well-respected the ‘extra’ you cursed and humiliated was.)

Domingo also published a copy of the letter of complaint she and Campomanes sent to ABS-CBN management. According to Domingo, instead of addressing the issue, one ABS-CBN boss told them to just understand the director as she was known for cursing on the set as a means of coping with work-related stress.

Garcia-Molina, the director behind the blockbuster films One More Chance and its sequel A Second Chance, has yet to release a statement about the issue.

Osang: Showbiz is not for the thin-skinned

Through a Facebook post, award-winning actress Rosanna Roces has expressed her support for Garcia-Molina stressing that showbiz is not for the thin-skinned.

Roces recounted the difficult experiences she endured with directors Mauro Gia Samonte, Chito Rono, and Armida Siguion-Reyna whom she credited for the kind of actress she is now.

(Showbiz is not for the thin-skinned. We also experienced received criticisms and curses before we learned and became good. Who would forget the obscene and disgusting instructions of Mauro Gia Samonte? The cursing of Chito Rono and the fearsome presence of Armida Sigueon Reyna? All of that helped hone me in becoming the kind of actress I am today. It’s very difficult to be a director. I tried to assist Director Buboy Neal Tan and I didn’t attempt it again. I couldn’t bear the stress, pressure, and fatigue the work entails.)

Roces said Domingo became too emotional about the matter and advised her not to enter showbiz if she can’t take the pressure.

“Sharing. Let the power of social media unearth these pathological bullies. And, of course, ABS CBN didn’t lift a finger to help, or to even address the issue,” he wrote on his Facebook page. 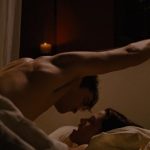 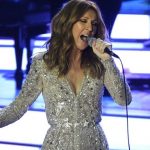