Many celebrities here and abroad have made the news because of their unique marriage proposals to their significant others. Take, for example, Tom Daley, a famous British Olympic diver.

According to Pink News, the Olympic diver proposed to his partner Dustin Lance Black, a screenwriter who was responsible for the Oscar-winning gay rights biopic Milk.

Daley and Black talked about their lives together in an interview with Out magazine. Daley disclosed how he kept his proposal from being exposed.

Black said that Daley went to the bathroom to get ready for bed and came out in his underwear. That was when he knelt and proposed to Black.

Black stated that he was completely overwhelmed. He said, “From the Golden Gate Bridge to the Tower Bridge without success, and finally it happened in our underwear.”

How their love story came to be

The screenwriter also talked about how Daley approached him while the latter was not yet “out.”

Meeting at a dinner, Black already knew Daley because he had watched the Olympics and found the diver cute, confident, and more mature than what he had anticipated. He wasn’t sure about Daley’s sexuality because he came with a group of beautiful women. Black said sometimes he noticed Daley looking at him. This gave Black an inkling that Daley was “not straight.”

Black said,  “And then my friend texted me from across the table, and his text said, ‘He’s Google-searching you.’”

Daley had won an award on a Nickelodeon TV show and they were setting up to celebrate, but Black said he had to go home to write a script. But before he could leave, Daley took Black’s phone and put in his number and then winked at him. At this point, Black felt that Daley was gay.

As of this writing, details of the wedding have not yet been revealed although they already made an engagement announcement last October 2015 in The Times, a leading newspaper. 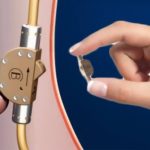 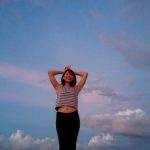