Last January 15, comedienne and political satirist Mae Paner posted on her Facebook page her thoughts on presidential candidate Mayor Rodrigo Duterte. In the post, Paner—perhaps better known as her alter ego, Juana Change—related how she apparently attended a book launch where Duterte was a guest of honor. She witnessed how the crowd, those clamoring for the country to change, cheered him on. Duterte, on the other hand, played to the crowd.

“May charm ang mama, (The man has charm,)” said Paner. “Nakaka-relate ang audience sa kanyang pagmumura, pagiging babaero at pagpatay o pagpapapatay sa mga adik at kriminal. (The crowd could relate to his swearing, his womanizing, and his killing—or ordering to kill—drug addicts and criminals.)”

Paner then turned introspective and confessed how saddened she was by the prospect of Duterte’s ascension to presidency.

She then mused how Duterte’s antics could set a dangerous precedent for the people.

“O pag ako gusto ko ring patayin ang mga pumapatay sa mga lumad, pwede ko ba gawin yun? Gagawin ko rin yun para sa bayan. Keri lang? O siya lang pwedeng pumatay? Di ba unfair yun. Masama bang tumulong? (What if I want to kill the people murdering the lumad, can I do that? I want to do that for my country. Is that allowed? Or is he the only one allowed to kill? Isn’t that unfair? Is it bad to help?)”

To date, the post has garnered 838 shares and 2,014 reactions. A few commenters applauded Paner’s speaking out, such as Facebook user Liza Magtoto who said, “…pero agree ako, kapatid. (But I agree, sister.) we’re courting chaos if we choose him. plus the breakdown of human rights.”

Edna Froilan, on the other hand, shared how she doesn’t like how Duterte presents himself and stressed how holding public office is no laughing matter. “takot ako sa (I’m scared of) literal and figurative killer instinct ni duterte. he performs for pogi points and i don’t trust politicians who joke like stand up comedians. it’s even more annoying when people suck up. governance is a serious thing and it’s not presidentiable to joke about our precious future. walang modo ang killing, mistress and siga jokes. (Killing, mistresses, and tough guy jokes are crass.) they belong to the streets and not in malacañang.”

But quite a number lambasted Paner for merely criticizing and not really proposing a good alternative for Duterte.

“E sino po ba dapat? (So who should it be?)” asked Mark Galupo. “Nakatitiyak ba tayo na hindi sila pumapatay gaya ni Duterte? Sinonh [sic] hindi nagnanakaw gaya ni (Jejomar) Binay? Sinong gaya ni Mar (Roxas) ang kakain sa baso at iinom sa plato, Miriam (Santiago) at Grace (Poe) baka iba din sa kanila? Kung parepareho sila, SINO? (How sure are we that they aren’t like Duterte who kills, nor like Binay who steals? Who isn’t like Mar who eats from a mug and drinks from a plate, maybe someone who is different from Miriam and Grace? If they’re all the same, who then do we vote for?)”

“too much noise non social media I no longer hear what they say about who……” observed Shilitte Olvido. “ano ba talaga ang gustong mangyari ng mga critics na to? (What do these critics really want?)”

Meanwhile quite a number of netizens, while conceding to the points raised by Paner, still see Duterte as the answer to the country’s problems.

“…Ive been away long time ago n i have no idea of who is the least crooked from among them Tell me n i go for him/her [sic], ” confided balikbayan Romulo Salvador.”But for now i can only see that amber of a progressive Davao n its leader!”

Davaoena Ella Kintanar, however, begged to disagree. “Taga Dabaw ako. Mayor namin si Duterte pero di ko sya iboboto (I am from Davao. Duterte is our mayor, but I won’t vote for him) and I agree with everything you said, Mae.” 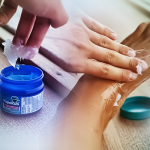 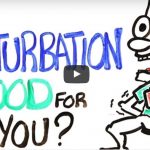