In a speech he made back in 2013, President Benigno Aquino III said that if the LRT project from Baclaran to Bacoor, Cavite misses its 2015 deadline, he and Department of Transportation and Communications (DOTC) secretary Joseph Emilio Abaya would be willing to be run over by a train.

He made this “promise” during the campaign sortie of Team PNoy in April 2013, while trying to assure the public that the project, which will benefit around 250,000 passengers, would be completed on schedule.

(If it doesn’t happen, Secretary Abaya, who is in charge of this project, is here. Maybe both of us are willing to be run over by a train.)

Unfortunately for Aquino, he may have to eat his own words as the project isn’t expected to be completed until 2019.

Dubbed as the LRT 6 project, the Public Private Partnership (PPP) would extend the current system by an additional 19 kilometers to Dasmariñas from the initially proposed end point in Niog in Bacoor. The train system would consist of eight new train stations in Niog, Imus, Tirona, Daang Hari, Congressional Avenue, Salitran, and Governor’s Drive.

The government has estimated the cost of the extension at P64 billion. 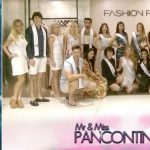 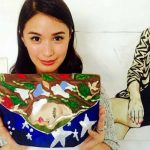