Miss Pancontinental 2015 candidate Nicole Harding from New Zealand fled the Philippines because she was scared for her own safety. Harding alleged that though the pageant organizers had promised to cover their costs, including five-star hotel accommodations in Cagayan de Oro City, they were transferred to a hotel she likened to a “prison cell.”

But the final straw was when a local government official supposedly told them the city is not safe, claiming the place is “worse than Afghanistan,” Harding did not reveal the identity of the government official but said, “We met with the Cagayan governor (sic) and he said it was not safe to be here, this place is more unsafe than Afghanistan. He told us, where we were, they kidnap people and use them as sex slaves, it’s the number one place for human trafficking and we needed to get these girls out of here.”

It was upon the advice of this unnamed government official that Harding finally decided to leave the Philippines for her own safety.

ABS-CBN News reported that Harding supposedly spent $7,000 for the trip; it is unknown whether the pageant organizers will refund this, considering that she did not finish the event.

Harding’s allegations, however, were denied by the pageant organizers. Other contestants did not appear to have the same misgivings about the pageant, with half-British Ben Hitchcock who represents the Philippines at the Mister Pancontinental pageant, claiming he wants to go back to Cagayan de Oro City after the pageant ends.

Although parts of the Mister and Miss Pancontinental pageants were held in Cagayan de Oro City, the coronation night will be held at the Metrowalk in Ortigas on November 26, 2015. 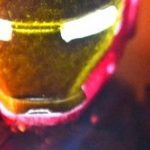 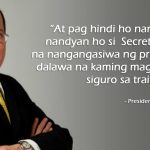