Being good-looking isn’t as good as it cracked up to be, at least for one man from Saudi Arabia.

Saudi TV star Abdul Aziz al-Kassar was arrested by the religious police in Riyadh for allegedly “disturbing public order” after female fans swarmed around him for selfies. The Kingdom of Saudi Arabia is known for its strict laws and policies on sex segregation.

According to Metro, al-Kassar had asked fans online on the best mall to visit in Riyadh. He was surprised to see all the female fans waiting for him when he arrived at Al Nakheel mall. While being mobbed by his followers asking for selfie shots with him, he was seen being dragged away by a man clad in white robes who turned out to be a member of the Commission for the Promotion of Virtue and the Prevention of Vice inside the mall. He was detained for disturbing public order, mixing with women unrelated to him, and abusing social media. The actor is now out on bail.

“I did not expect to find so many people waiting for me. I want to clarify that the presence of young women at the mall was not something under my control,” he told Saudi news site Al Marsad.

“When I stepped in, several fans came over and surrounded me until someone came over and pulled me aside into a room that I learned was reserved for the Commission for the Promotion of Virtue and the Prevention of Vice inside the mall.

“I understood that the man who pulled me was a member of the commission and I did not resist him out of my respect for the Commission,” said al-Kassar.

“They did not tell me to stay away and that not meeting them was better. They initially took away my mobile, but returned it to me [later].” 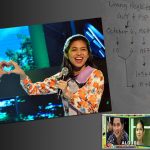 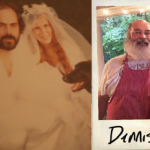