Wilton, New Hampshire. Dennis Anfuso and his wife Linda first met in art school. Their interest in The Wizard of Oz brought them together which later led to a romance and eventually, marriage.

Sounds like a typical love story, right? But there’s a twist to this romance. Dennis is a 60-year-old gay guy and Linda is a 59-year-old lesbian. Two years into their marriage, Linda was diagnosed with a rare case of muscular dystrophy.

For years, he has been his wife’s caretaker. It may not be a perfect relationship, but their marriage was strengthened with friendship, a mutual sense of adventure, and an incredible love.

As they celebrate 33 years of marriage, they shared how they managed to stay strong and live a life different from how people perceive what love is.

“Marriage is not about sex,” Linda explained. “It’s about something more. It’s about a commitment to a person.”

“When we were getting into the church, it took us about three days into the honeymoon to discover that Dennis and I were definitely not bi (sexual). I was still a lesbian and he was probably gay. But we love each other and life is what it is. You marry who you marry and you love who you love and there’s no way to understand that.”

When she got sick, all the money they saved to buy a house and start a family was used up by hospital bills.

A few months after they tied the knot, doctors also discovered that Linda has the genitalia of both a man and a woman. “They called it intersex,” she said.

“I was devastated that we couldn’t have kids.” But she was more devastated when the doctor said she was probably going to live for only three more years.

Dennis said it totally sent them into a tailspin of depression, frustration, and anger.

When friends talk to Dennis about relationships, he would always advise them to marry their best friend. He continued by explaining, “It’s like taking care of her is taking care of me.”

Linda believes that “Life is nothing if not an interesting adventure.” She does not want her story to be about sad things. She wants it to be about her artwork. About her as a person, not her as a disabled person. “I am not my disease. My disease is not who I am. I am a person inhabiting the body that has this disease.”

When asked how he would describe his wife, Dennis said, “She has a love of life that most people don’t have.”

“When there’s still darkness, there’s always a promise of hope,” Linda said, adding that this belief has brought them through many difficult times.

Watch their love story below: 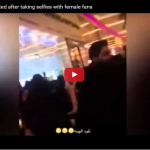 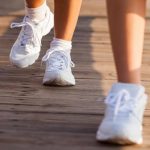