On Monday, November 23, Sanchez wrote in her Bulgar column: “Kaya sa kabila ng paghanga ng marami kay Trudeau, dismayado naman ang iba sa kanya. Sana man lang sinagot ang paglipat ng basura sa Tarlac. Pero mukhang idinaan na lang lahat sa ngiti.” (Despite the admiration of many for Trudeau, others were dismayed with him. I wish he answered issues regarding the dumping of trash in Tarlac. But it seems that he got away just by smiling. )

Sanchez likened Trudeau’s reply to that of any typical politician: vague and evasive. While Trudeau acknowledged that a flaw in their laws led to the dumping of the trash here, he made no mention of any moves to address the current situation, only to address possible future incidents/

From June to August 2013, a total of 98 container vans containing trash from a private Canadian company were shipped to the Philippines in several batches. The total weight of the shipments was 2,450 tons at that time.

The Department of Foreign Affairs (DFA) informed the Canadian government of the situation in September 2015.

Trudeau: Looking at the loopholes

During the Asia Pacific Economic Cooperation (APEC) summit on Thursday, November 19,  Trudeau said that the Canadian government is looking at the loopholes that allowed the dumping of trash in the Philippines to happen.

“I believe there are loopholes here that were allowed to be skirted that we need to make sure we close, both for Canada’s interest and good relationships with our neighbors,” Trudeau told reporters.

According to DFA Assistant Secretary Jesus Domingo, the Canadian government couldn’t take action in removing the waste because their laws don’t allow them to force the Canadian company to take back the garbage.

Netizens to Trudeau: Take your trash back

Prior to Trudeau’s arrival in the country for the APEC summit, many netizens had been urging the Canadian prime minister to take action on the garbage issue.

In a petition filed on change.org, an advocacy site, several netizens pointed out that the imported garbage from Canada is a violation of “Toxic Substances and Hazardous and Nuclear Wastes Control Act of 1990″ or Republic Act 6969.

“The garbage juice is now LEAKING and poses extreme health hazards and irreversible environmental problems in our country,” it said in the petition.

Filipinos are hoping that Trudeau will begin his climate change commitment by addressing and taking action on the issue. 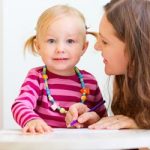 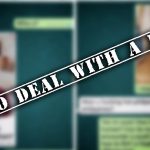