A new study claims that exposing your young child to pets such as dogs can cut their risk for asthma by 15%.

The study, published in the journal JAMA Pediatrics, looked at one million children between 2001 and 2010 in Sweden, where farm and dog ownership is required to be registered.

The national databases revealed that exposure to canines during the first year of life cut the likelihood of developing childhood asthma by 15%. On the other hand, living close to farm animals slashed the risk by 52%.

“Our results confirmed the farming effect, and we also saw that children who grew up with dogs had about 15 percent less asthma than children without dogs,” said Dr. Tove Fall, lead scientist from Uppsala University, Sweden.

Based on the hygiene hypothesis, living in a too clean environment early in life can raise susceptibility to allergy conditions including asthma. The recent findings seem to support the said hypothesis.

‘We know that children with established allergy to cats or dogs should avoid them, but our results also indicate that children who grow up with dogs have reduced risks of asthma later in life,” Malmros said.

“Thanks to the population-based design, our results are generalizable to the Swedish population, and probably also to other European populations with similar culture regarding pet ownership and farming,” she added. 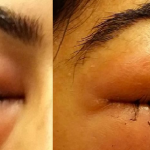 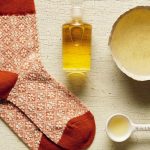