Will Davao City Mayor Rodrigo Duterte be allowed to run for president long after the deadline of filing the Certificate of Candidacy (COC)?

Days after Duterte announced his intent to join the 2016 presidential race, a number of people questioned if he would be allowed to file his candidacy for president more than a month after the deadline of filing had lapsed.

Speaking to reporters in Malaysia, President Benigno Aquino III said that he has no idea whether the Commission on Elections (Comelec) would allow Duterte to join the race.

“For instance, will he be adopted by  PDP-Laban (Duterte’s political party)? A story came out that the PDP-Laban candidate (Martin Dino) filed for mayor instead of president. So can he (Duterte) file? Speculation. I don’t have a copy of the document, but they can say it’s not [the] document but the intent,” Aquino said.

While Duterte filed his candidacy for re-election as mayor during the last few hours before the October 16 deadline, PDP-Laban standard bearer Martin Diño filed his COC for president. On October 29, Diño withdrew his candidacy and named Duterte as his substitute.

The Comelec has given parties or their relatives until December 10 to replace candidates.

According to seasoned election lawyer Romulo Macalintal, Duterte cannot substitute for Diño since the latter filed a COC for mayoralty position in Pasay City.

“Because as reports have it, Mr. Diño filed his certificate of candidacy (COC) for the position of mayor of Pasay City. Though it would appear that his COC for president is defective,” Macalintal explained.

On the other hand, Atty. Karen Jimeno stressed that it is apparent that Diño filed a COC for president.

“The position that was being filed for would be recognized instead of a clerical error,” Jimeno said.

But Macalintal said that Diño can no longer amend his COC because of the clerical error.

“The filing of COC expired last October 16. And so there’s no way by which the COC of Diño could be amended. Because if you amend the COC, it is as if you’re filing a new COC,” Macalintal pointed out.

Still Macalintal believes that Duterte can still pursue his presidential bid if one of the candidates nominated by major political parties withdraws and names him as a substitute. 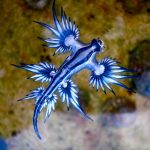 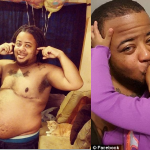