In an event attended by LP’s chairperson President Benigno Aquino III , cabinet members, LP officials, and representatives from civil organizations and sectoral groups, the announcement was given a warm reception. For quite some time, Robredo was non-committal if she would run for higher office. She was reluctant at first to run for a higher position and said she would need to seek the opinions of her daughters. According to the Philippine Star, “Roxas lauded Robredo and her daughters for their ‘sacrifice’ and desire to serve the country.” “Kailangan ka naming lahat para pag-isahin ang reporma… Hindi madali ang laban na ito pero kaming lahat ay nasa likod mo, [We need you for our reforms. This fight won’t be easy but we are all behind you]” said Roxas.

The Roxas-Robledo tandem will be running on the “Daang Matuwid” platform. Daang Matuwid, on its Facebook page, describes the platform as “a commitment to change that Filipinos can depend on. With trust in their leaders, everyone can work and build a greater future together.”

Aquino said that a Roxas-Robredo leadership will continue and even surpass the achievements of his administration. “Kung ‘yung nagawa na natin at pinagtulungan nitong papuntang anim na taon, ‘pag ikinumpara doon sa gagawin nitong dalawa, palagay ko masasabing sobrang layo ‘nung nagawa na dahil mag-uumpisa na naman siyempre sa mas mataas na antas, [If we compare what we have done in and cooperated on for what will be six years to what these two can do, I think they have already surpassed us since they started with such high commitments already]” he said. Aquino also commended Robredo for not simply being a mere politician.

The wife of the late Interior Secretary Jesse Robredo never thought she would enter the political arena. Always preferring to stay on the sidelines and a full supporter of her husband, her outlook on politics changed when the secretary passed away in 2012. In 2013, after receiving much support from Jesse’s supporters, Leni decided to run for office as representative of Camarines Sur in the 2013 elections. Now, she feels she is ready to take on even higher office and serve the country as vice president. 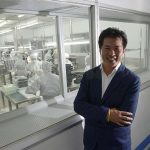 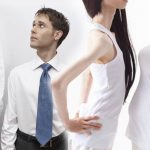