On September 29, online user Zhian Banjo Beringuel shared on his Facebook account the “most traumatic experience” he had after he took a bus from EDSA Kamuning to Fairview. Aware that pickpockets and hold-uppers are rampant inside public vehicles, Beringuel secured his mobile phone in his front pocket inside and his wallet in his back pocket. But as soon as he got on a packed bus, he realized that a guy had already taken his phone. He saw the culprit hand his phone over to another guy, who then gave it to the other man. He didn’t want to confront the thieves, afraid that they might have weapons.

While in transit, one of the pickpockets told the standing passengers to move at the back of the bus for more space. But two ladies seated at the back of the driver where Beringuel was standing told him not to listen to the guy and asked him to stay where he was. He  took that as a warning, since his phone was already stolen at the time, and told them about what he just experienced. A few minutes after the ladies got off the bus, Beringuel noticed a police car approaching the bus. And as if the perpetrators knew what was going to happen, two of them went to the front side of the bus and stopped Beringuel from getting off the vehicle. The police car blocked the bus’s way that forced the driver to stop, and one police officer climbed up the bus and told everyone to stay inside as they have received a report that there are pickpockets there. One got away from the incident while two of them were arrested. Apparently, the ladies who had talked to Beinguel were the ones who reported the theft. Beringuel luckily recovered his mobile phone and went to make a sworn statement and filed a case against the two thieves.

Beringuel thanked the concerned citizens who called the police that led to the arrest of the alleged suspects namely John Lotivio and Reymond Sol. He also expressed his gratitude to Police Officers Edwin Mangat and Rjay Jimenez of QCPD PS10 — that through the incident, Beringuel said, his faith and trust in the authorities was restored.

Beringuel called out to all netizens to share and spread the thieves’ photos as a warning to everyone.

Here are the photos of the suspects:

While a lot of comments were made on Beringuel’s post, one is worth pondering on.

If it is true that the suspects are already back in business the next day, then everyone should remain vigilant especially in crowded places like a public vehicles. 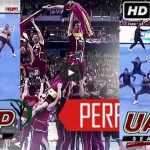 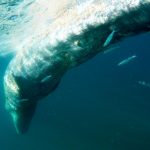