Probably two of the most well-loved beverages on the planet are beer and coffee, but did you know that these bitter drinks may be an insight to your true personality?

As people grow older, they learn to appreciate the taste of bitter foods. According to a new study in the journal Appetite, how much you like bitter foods could be a reflection of your personality. Furthermore, people with the greatest affinity for bitter foods may have more psychopathic and anti-social tendencies.

The study involved 500 participants who were asked how much they enjoyed sweet, sour, salty, and bitter foods. Bitter foods include unsweetened cocoa, black coffee, beer, radish, and quinine in tonic water. They were also asked to take a series of personality assessment quizzes to evaluate their aggression. The tests they took included the Dark Triad measures (a group of three personality traits namely narcissism, psychopathy, and Machiavellianism), everyday sadism which involves gaining pleasure from seeing others undergo discomfort or pain (either verbally, physically, and vicariously), as well as Big Five personality traits, which include extraversion, agreeableness, conscientiousness, emotional stability, and openness.

Results showed that people who liked bitter foods were also more likely to score high in measures of psychopathy, sadism, and aggression. Researchers showed that a preference for bitter foods was a better predictor of personality than any of the other tastes.

“Taken together, the results suggest that how much people like bitter-tasting foods and drinks is stably tied to how dark their personality is,” the study authors wrote.

Researchers at the University of Innsbruck in Austria also found that for people with sadistic traits, the consumption of bitter foods was comparable to a rollercoaster ride, where they enjoyed things that induced fear.

Of course, these are just preliminary tests and further studies must be done to confirm the theory. A psychopath, after all, can be produced by a number of things. So far, however, the results have always been the same. In this case, the researchers were not investigating why people with these traits prefer bitter foods, they simply suggested that they may experience a kind of “thrill” from them. 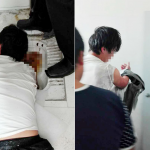 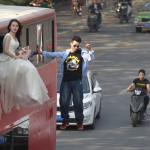